Using both English and Sanskrit, the language of yoga can be confusing, Review the terms and concepts of yoga here.

Yoga evolved for the purpose of creating union, but what exactly does that mean? The concept of advaita can help us to understand the world in a different way.

A Sanskrit word meaning ‘joy,’ ananda is a perfect focus for yoga practice.

There is a difference between the two, and we need to look for it!

The spiritual emphasis of yoga can be summed up in a single word. Read on to find out why.

It’s not uncommon to hear a teacher suggest that one ‘set an intention’ at the start of a yoga class. What, exactly, does that mean? And why is it important?

If we pray for peace, we have a responsibility to live for it as well.

Some Thoughts on OM

This small sound contains worlds. Take the time to respect its source, vibrations, and effects.

These three Sanskrit words embody Patanjali's directive for how to practice Yoga poses: simply and with ease. What exactly does the phrase mean?

The word "Sutra" is often taken to mean "verse," but it's a bit more complex than that.

The Eight Limbs of Yoga

Yoga is more than just exercise. Here is an introduction to the other "limbs" of yogic philosophy and practice.

The Meaning of Hatha

Do you wonder why asana practice is called 'hatha yoga'? You are not alone. There are many different reasons given for the terminology. Here's some linguistic clarification, followed by a brief history of yoga texts and terms.

The Multiple Meanings of Prana

We hear this word used in many yoga classes. What does it mean?

The Nature of Vritti

The "disturbances of the mind" may not be what we think they are!

Do you use Sanskrit names to describe the poses in your practice? Some do and some don't. Consider both paths before choosing.

How does the Daoist idea of Yin and Yang work in yoga?

Shakespeare once noted that “a rose by any other name would smell as sweet,” but in the yoga world, that’s not exactly true. In the Yin tradition, concepts and asanas are given different names to remind practitioners of the ways in which Yin Yoga differs from its Yang styles.

....and with these four words, Patanjali begins the Yoga Sutras. Why? Read on to discover a key element of the yogic path. 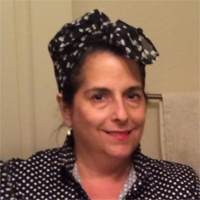 Yoga and the COVID Vaccine

Interview with a Newbie